An Architectural Guidebook to Portland

Ever look at a building and wonder, “Who built THAT?”

I have. After we moved to Portland in 1995, I wandered around downtown, looking at the city’s variety of historic, beautiful, and (sometimes) awful buildings, and wondered about the stories behind them. This led me to write a book on the subject: An Architectural Guidebook to Portland (Oregon State University Press). From the back cover:

Written for both layperson and professional, An Architectural Guidebook to Portland is filled with history and photos that demonstrate why this city is one of the most admired in the nation. Portland’s civic planning, historic preservation, and overall attractiveness are all explored in detailed profiles of structures ranging from 19th-century cast-iron front buildings to sleek modern skyscrapers.

Many of my Portland photographs are here. While I took most of the book’s pictures, Brian Libby was kind enough to share many of his. Oh, and for an “amusing” story about this book, check the bottom of this page. 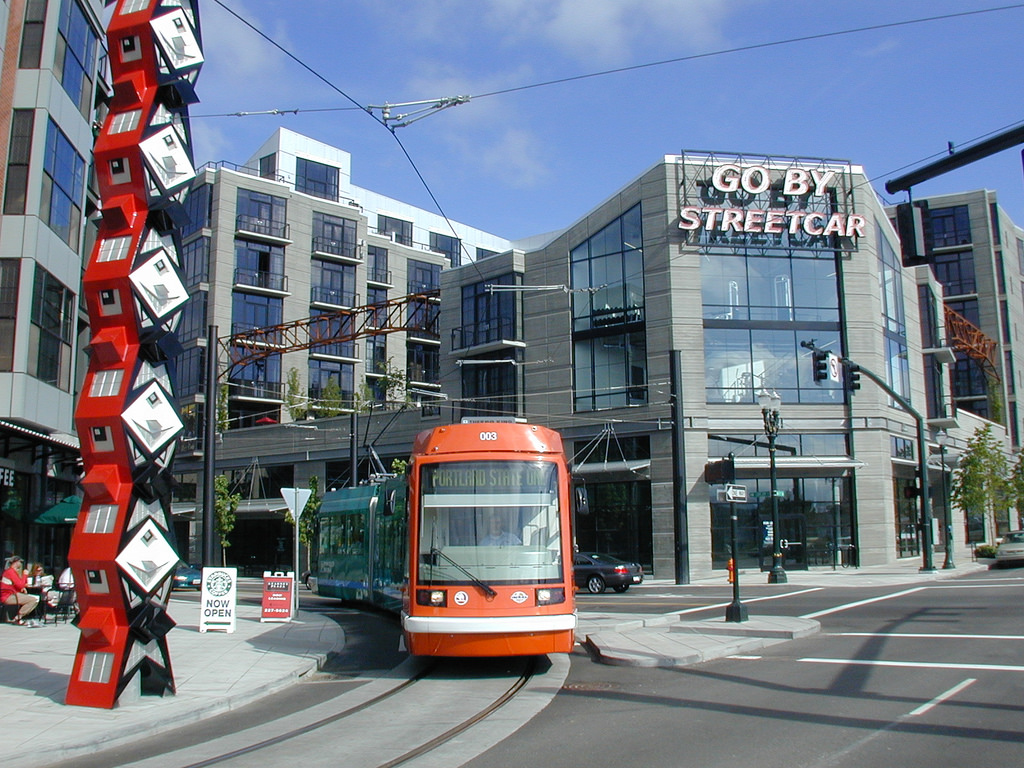 Reviews for An Architectural Guidebook to Portland

“I salute (Bart King) for having done what several years of work by Portland’s leading architects, designers, and historians were unable to do, and for doing a very good job of it. [This book] is much more comprehensive than its predecessors . . . The notes are conversational, frequently expressing criticism and wit. If you have been looking for a guide to Portland’s architecture, I recommend this one.”

“This is no mere guidebook. The text is rich in Portland history and anecdotes, and as a bonus, Bart King isn’t afraid to wax downright poetic when the mood strikes him. This wonderful book . . . is a plethora of riches, an irresistible read and a fine guide to many of Portland’s unique buildings and areas. The photos are a treasure in-and-of themselves.” 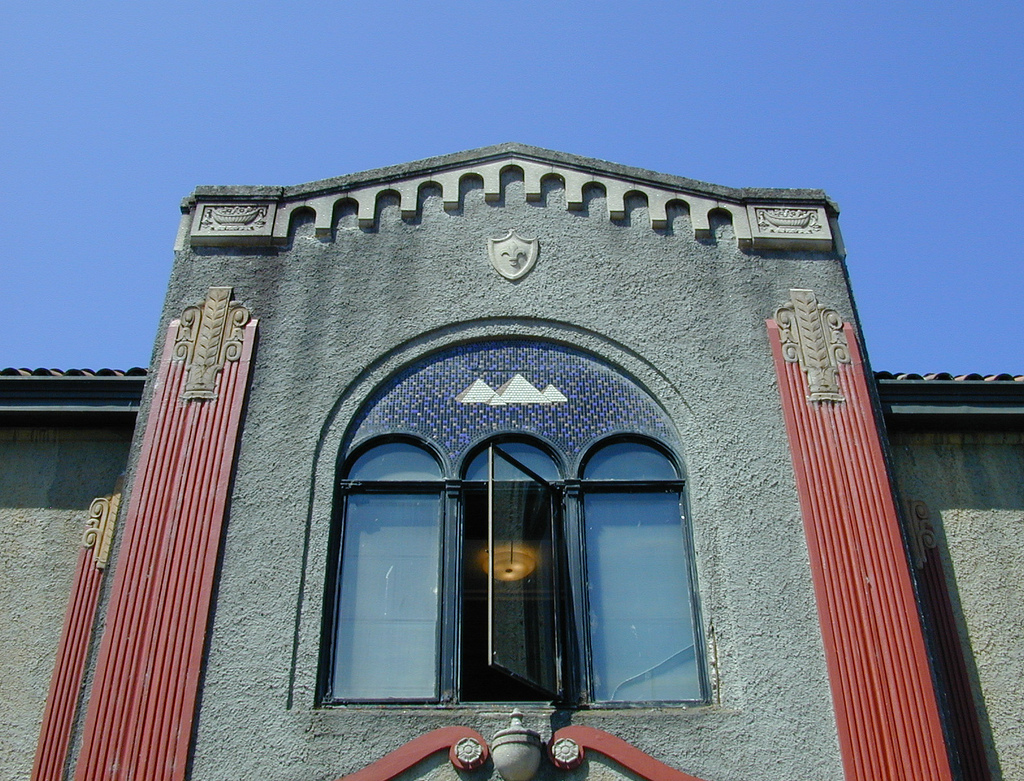 “Bart King’s book is Architecture 101, but a more fun. It provides brief historical descriptions of approximately 250 Portland structures “that have distinguished or disgraced themselves in some interesting fashion.” For those who have found themselves admiring the wide variety of architectural styles abundant throughout the city, it offers the perfect amount of interesting and enlightening information in a very accessible format.”

“Author Bart King has done a great job with this book; 250 entries, many photos and maps and an index. Using this book will help you get to know Portland better.”

“As King’s comprehensive survey of Portland architecture reveals, ours is not a place for landmarks, but rather a fabric of smaller-scale new and historically preserved projects that achieve collective harmony . . . King not only examines the city’s architecture, but provides the social history behind it as well.” 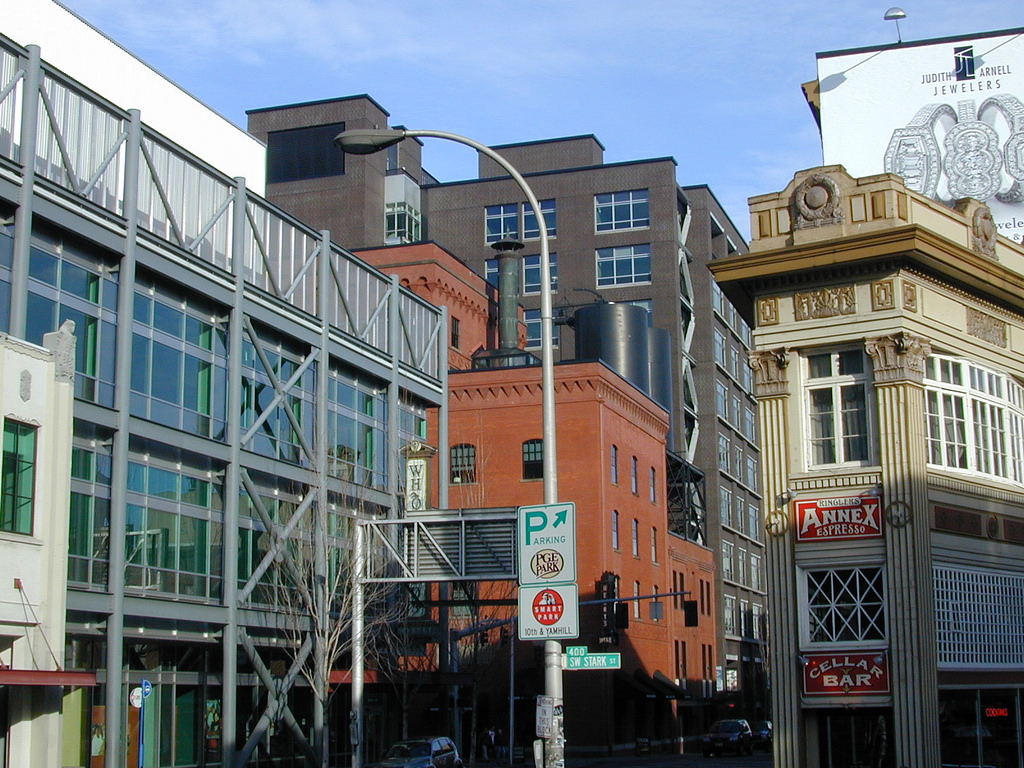 “(This book) would serve nicely not only as an informal introduction to historical trivia, but as a strong inspiration for those who might need a little motivation towards a deeper understanding of Portland …. it’s the tidbits that King drops along the way combined with the fact that the architectural descriptions help to transform the way one walks about the City …. Readers who are looking for a sideways entrance into their own study of Portland’s history might want to start with this seemingly unlikely An Architectural Guidebook to Portland.”

“This book should’ve been called THE Architectural Guidebook to Portland … excellent copy and photos …  every city needs their own book like this.”

I did something naughty. In this book’s passage about the downtown tower that houses the architectural firm known as ZGF, I wrote:

Take a walk inside this building… ZGF occupies the bottom floors. In fact, if you go into its office holding a copy of this book, you’ll get a free pastry.

Why did I include this bit of harmless nonsense? I’m afraid there’s no explaining these things. Anyway, I wondered if anyone followed my suggestion until I got this message from a certain firm: 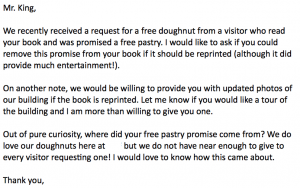 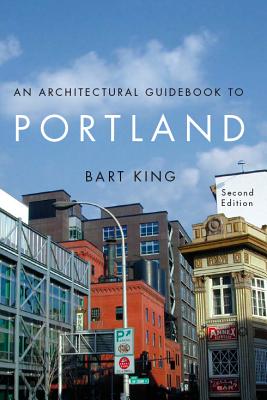